The Bobby Stone Film Series presented by West Village at the Tivoli Theatre continues to bring the very best in cinema magic to our friends and community. The Virtual Cinema is a new way for audiences to watch new releases from the safety of their homes during this unprecedented time while also supporting the Tivoli Theatre Foundation. We now have streaming movies available for you to enjoy here first! The Tivoli Theatre is excited to be part of this unique initiative and will keep all our fans updated on the latest movie releases we will offer as part of this exciting new series. More to come soon!

What is a virtual cinema?

A virtual cinema is a new way for audiences to watch our latest releases from the safety of their homes during this unprecedented time while also supporting their local independent theater.

The Tivoli Foundation is excited to welcome writer, actor, director, and producer Barlow Jacobs to the Bobby Stone Film Series for a virtual Q&A to discuss recent Lionsgate release, The Quarry. He sat down with director Scott Teems and co-writer Andrew Brotzman to give us insider details on how the film was made and what makes this project so special. View the conversation below and follow this link to check out the full length feature. 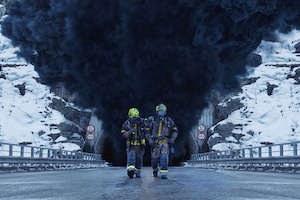 A tank truck crashes in a tunnel in the ice-cold Norwegian mountains, brutally trapping families, teenagers and tourists on their way home for Christmas. A blizzard is raging outside and the first responders struggle to get to the scene of the accident. The wrecked tanker catches fire and the tunnel is filled with deadly smoke. Will the help get there in time?

Tickets: $12 - This film is provided by our friends at Samuel Goldwyn Films. 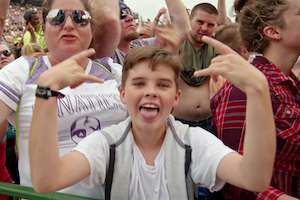 Long Live Rock… Celebrate the Chaos is a deep dive into the culture of hard rock music. This genre, beloved by its millions of fans, is often misunderstood and maligned by media and the music industry. In intimate interviews, the leading titans of rock discuss the genre and the special relationship they have with their audience. Featuring members of Metallica, Guns N "Roses, Slipknot, Korn, Avenged Sevenfold, Rob Zombie, Five Finger Death Punch, Rage Against the Machine, Greta Van Fleet, Halestorm, and many, many more.

Tickets: $12 - This film is provided by our friends at Abramorama. 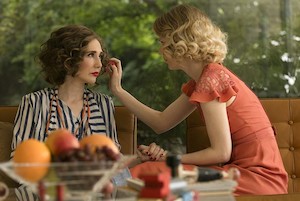 In 1930s Czechoslovakia, newlyweds Viktor and Liesel Landauer are filled with optimism and happiness in their new home. But all too soon, extramarital temptations bring out their darkest secrets and desires. As Liesel turns to her sensual friend Hana for the passion she lacks in her marriage, Nazi troops enter the country, threatening the Landauer’s lives and the burning desire between the two women. The period drama is adapted from Simon Mawer’s international bestseller, The Glass Room, starring Hanna Alström, Claes Bang, and Carice van Houten and directed by Julius Sevcík.

Tickets: $7 – This film is provided by our friends at Vertical Entertainment. 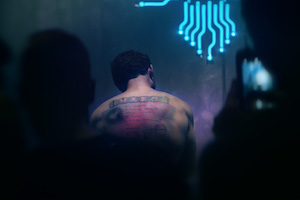 The Man Who Sold His Skin

Sam Ali, a young Syrian, lef this country for Lebanon to escape the war. To be able to travel to Europe and live with the love of his life, he accepts to have his back tattooed by one of the World’s most sulfurous contemporary artist.

Tickets: $12 - This Film is provided by our friends at Samuel Goldwyn Films. 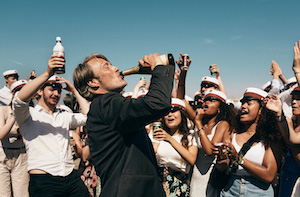 Another Round is a fun, moving, life-affirming and thought-provoking drama about friendship, freedom, love – and alcohol.

Tickets: $12 - The Film is provided by our Friends at Samuel Goldwyn Films. 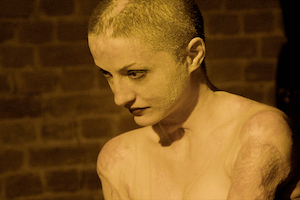 Collective is a gripping, real-time docu-thriller that follows a heroic team of journalists as they expose shocking corruption in the Romanian national health-care system.

Tickets: $12 - The Film is provided by our Friends at Magnolia Pictures. 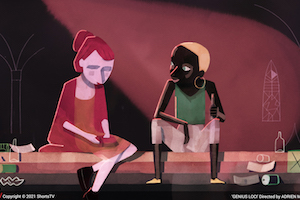 For the 16th consecutive year, ShortsTV and Magnolia Pictures present the Oscar-Nominated Short Films, opening on April 2nd. With all three categories offered – Animated, Live Action and Documentary – this is your annual chance to predict the winners (and have the edge in your Oscar pool)! A perennial hit with audiences around the country and the world, don’t miss this year’s selection of shorts. The Academy Awards take place Sunday, April 25th.

All you have to do is click the Rent button, enter your email address and your credit card or PayPal information. That’s it! Once the film is rented, it will be available to view for 30 days and you’ll have 72 hours to finish once you’ve started watching.

Will my rental help the Tivoli Theater Foundation?

Yes! Our partners want to help local independent theaters as much as we can during this period. A portion of the following film rentals and/or purchases will benefit the Tivoli Theater Foundation. Thank you for your support!

You can easily watch on your computer, smartphone, or tablet.

If you have a Google Chromecast, make sure that it’s connected to the Wi-Fi network as the device you used to purchase the film. Then, click in the playback window and select your Google Chromecast. You can also watch on your TV by connecting your computer to the TV using an HDMI cable.

For instructions on how to watch Film Movement titles on your television, mobile device, etc click here for more information.